Detailed description of the photo tour

At the beginning of our photo tour we will visit the Holy Assumption Cave Monastery of the 8th-9th century, which is located near Bakhchisarai. The Assumption Church is unique, and was carved right into the rock, at the edge of a sheer cliff. There is also a healing source. There is the miraculous icon inside of Monastery.

In our trip we are planning to visit one of the extinct volcanoes of the Crimea – Karadagh. Title “Karadag” means “Black Mountain” according to one of the versions. The last volcanic eruption was 160 million years ago, about 130 million years ago there was a tectonic shift of the volcano, which split it into two parts, one side on the shore (the present Karadag), the second part went under water. One of notable bays is located under the rock “Ivan the Robber”. In the water part of Karadag there is also one of the landmarks of the Crimea – the Basalt arch – the Golden Gate rock. The gates are called Golden, because on the day of summer solstice the rays of the sun fall at such an angle on the rock that they become golden. Another unique place in Crimea, which we will visit, is the ancient cave city of Mangup-Kale. It is one of several cave cities that were built under Byzantium to protect the Northern borders of the territory of the Crimean peninsula. We will visit the remains of the fortress, the main gate of the city and its many beautiful caves in which lived valiant warriors. After Mangup-Kale, another ancient city awaits us – Bakla. We will see a magnificent view of one of the most beautiful peaks of the Crimea – the Eclyzi-Byryn of the Chatyrdag mountain. Here we can meet the first the rays of the dawn sun illuminating the whole valley. On the western outskirts of Bakla on a hill we will visit a large cave church and crypts, carved into the rock. Thanks to soft limestone rocks, rains and winds, the cliffs of the settlement have a bizarre shape similar to the honeycomb which gives excellent food for the photographer for creating unusual space photos. The next day dawn awaits us on one of the most unique mountains of the planet – Mount Klementieva.
Due to the northerly winds you can fly on a more gentle northern slope. On the whole planet there are only 2 mountains with such powerful ascending flows: Harris Hill in the United States and Mount Klementieva in the Crimea.

Another strikingly beautiful place of our journey will be Cape Meganome. It has different unusual energy, and there are strange cases and anomalies very often. The ancient Greeks believed that in the Meganom area flows the river Styx leading to the realm of the dead. Odysseus defeated the Cyclops Polyphemus here, according to another version. To visit the Crimea in the summer and not to plunge into the Black Sea? There is a Quiet Bay between the villages of Koktebel and Ordzhonikidze, which is a natural monument of the Eastern Crimea – a long and wide sandy strip. There is a very beautiful Cape Chameleon on the western border of a Quiet Bay. Golitsyn trail. Perhaps this is one of the most specific paths of the coastal Crimea. In 1912, the great Russian emperor Nicholas II and his family planned to visit the Crimean village of Novy Svet on the yacht Shtandart for a tour to see the local beauty and relaxing on the beach of the Black Sea. The famous prince Golitsyn ordered to cut a large path in the rock to walk along to see the magnificent landscapes of the Crimean nature. The trail starts at the foot of Mount Falcon. The trail leads directly to the natural giant grotto of Golitsyn (another name is Grotto of Chaliapin). In some places the height of this Grotto can reach thirty meters. After the Golitsyn Trail wee will go to a small passage along the shady Juniper Path to one of the pearls of the Crimea — Karaul-Oba It is an ancient coral reef. Landscape photographers love this place because on one of its peaks ( the peak Cosmos ) you can enjoy the most beautiful sunrises on the coast of Crimea. We will climb up to the peak along the Tavra Staircase cut in the rock, pass through the cool crevice of Adam’s Lodge – first and through Hell Labyrinth – second , we will pass through the Gates of Paradise straight to the “Chair” of Golitsyn, where you will see the magnificent view of a famous Cape Kapchik and its bay. We will continue the journey by a rest on Royal Beach. This beach is located on the shores of Blue Bay. Why Royal? There is a legend that Tsar Nicholas II bathed on this beach during his visit to the Novy Svet in 1912. What we will see interesting in the city of Sudak? The majestic Genoese fortress. The fortress built by the Genoese in the period from 1371 to 1469 years. It is located on an ancient coral reef (Kyz-Kulle-Burunili Mountain Fortress), near Sudak Bay of the Black Sea with a fantastic landscape.

Meeting at the airport of Simferopol at 10.00-11.00.
Moving to Bakhchisarai.
Visit the Assumption Monastery in the rock.
Lunch at the cafe.
Moving to village Turgenevka. Shooting the famous lavender field at sunset under the sounds of crickets and hard-working bees.
Transfer to the village of Khoja-Sala to the lake of the ancient city of Mangup Kale. Accommodation in the guest house.
Dinner at the guest house.
Fans of night swimming will be able to swim into the warm waters of the lake.
Moving to Turgenevka for night shooting in a lavender field ( if the sky is clear).
Return to the guest house.

2 Day (in detail)
Wake up very early. Transfer to Turgenevka village to shoot the dawn.
Return to the guest house to Khoja-Sala.
Breakfast.
Departure by jeep to the plateau of the ancient city of Mangup Kale. Shooting an ancient city.
Moving to village Zheleznodnoe on the field of wheat and poppies (if they still will bloom).
Moving to village Skalistoye to a beautiful lake.
Dinner in a cafe.
Transfer to the ancient city of Backla. Sunset and night shooting.
3Day (in detail)

Wake up very early. Dawn shooting on the top of Ak-Kaya.
Breakfast .
Moving to one of the most beautiful capes – Cape Meganom.
Lunch at the cafe.
We will visit the Cape Meganom and the old lighthouse on a scale.
Transfer to the beautiful Quiet Cove and visit the famous Cape Chameleon. Sunset shooting.
Dinner on a fire in the camp.
Shooting the night sky in the bay (if the sky is clear).

Wake up very early and moving to shoot the dawn on the mount of Klementiev.
Breakfast at Klementyev.
Excursion on the sea boat to the ancient volcano – Kara-Dag and the famous Golden Gate.
You can swim in the sea. Travel time is approximately 2 hours.
Moving to the Novy Svet city.
Lunch at the cafe.
Visiting of the Golitsyn Trail (about 2-3 hours).
Sunset shooting on the beautiful Cape Kapchik.
Walking by the Juniper Path with the sound of cicadas and crickets to the Reserve of the Novy Svet and to its most specific point Karaul-Oba (Peak Cosmos). Setting the camp.
Dinner at the camp.
Climbing the Tavra Staircase to the peak for shooting the night sky and landscapes if the sky is clear.

Wake up very early and shooting of dawn at the peak of Cosmos. Visiting the Hell Labyrinth, view balconies and the Tavra Staircase in daylight. Breakfast .
Gathering camp and moving to the Royal Beach. Having a rest and swimming in the cleanest sea with a magnificent bottom. Fans of underwater photography can make beautiful shots.
Moving to Sudak city.
Visiting of the Sudak fortress – Genoese – in the evening and at sunset.
Transfer to the guest house.
After you can walk to the sea (about 10 minutes from the hotel).

Day 7.
Wake up, breakfast at the hotel.
Moving to Simferopol aeroport (around 14.00 )

In June, the weather is changeable, during the day it can be + 35 ° C – + 7C. At this time of the year, strong winds are very frequent in the mountains and in the steppe, especially at night, sometimes it can be rainy. So it is MANDATORY to have the necessary warm, wind and moisture protection
clothes, a raincoat, and do not forget about beach accessories. Sleeping bag should be at a temperature of COMFORT (and not extreme) 0 – + 5C, so that you do not freeze.
We will cook on gas.
By prior arrangement with the guide, the following camping equipment can be rented: sleeping mats, tents and dishes for food.

It is advisable to have with you:
• Personal first aid kit

What photo equipment is desirable to bring with you (List)

Camera
Tripod
Wide and telezum lenses
Macro lens
Trigger cable
Polarizing filter
Gradient filter
ND filters
Be sure to protect the camera from moisture (fog, rain, waves at sea), if it requires it!
2-3 batteries
2-3 flash cards with a total capacity of at least 64 GB
Optical cleaners
Photo backpack
You can take a laptop

• Electric generator for charging equipment
• Tents
• Fire equipment and gas
• First Aid Kit
• boat trip
• Entrance fees and transfer to Mangup-Kale Plateau
• Entrance fees to the Reserve of the Novy Svet, Galitsyn Trail and Royal Beach
• Transfer on the whole route
• Accommodation in guest houses
• Meals on the route (not including meals in cafes): Breakfast, snack and dinner. Participants will take part in cooking.
•Master-classes for landscape and night photography workshops, as well as birdwatching. Life hacking.
•Training of processing the material obtained, as well as and night shots.

The cost does not include:

• Tickets from your city to Simferopol and back
• Dining at the cafe on the route.
• Alcohol, souvenirs and other personal expenses. ATTENTION! Depending on the unpredictable weather conditions, as well as the general decision of the group, the program of the photo tour can be changed!

Join now! It will be very interesting! 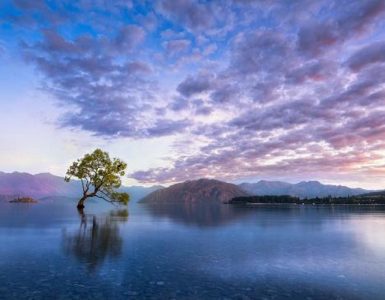 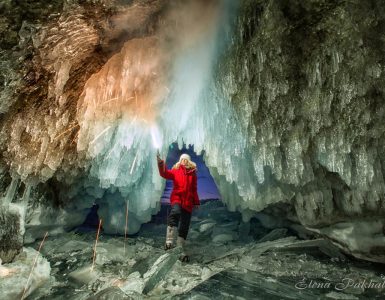 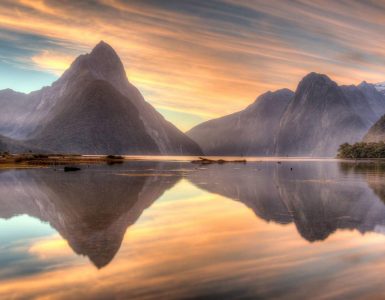